If you've just gotten a tattoo and can already see that there are mistakes, you can definitely start planning to have the tattoo removed and then redone. Even better, you can have just the portion with the mistake removed, leaving the rest of the tattoo intact. But be careful how you get the portion removed. If the mistake is small, it's tempting to go with a homemade remedy because it seems cheaper than going in for professional laser removal. But those remedies could make things worse, and you could end up spending more to fix the new mess than you would have to get laser removal done.

Professional laser removal for a tattoo costs what it does because it involves a lot of skill to remove as much of the ink as possible. Cheaper, alternative remedies involve procedures like cutting the tattoo out, which is more than a little drastic, or using chemical treatments to remove the top layers of skin.

There is so little research into the effects of these alternative remedies and so little guarantee that they'll work well -- even cutting the tattoo out will leave a scar, remember -- that getting professional laser removal done for your tattoo is worth any money you have to pay. And even better, the cost can be mitigated by the size of the tattoo, so removing just a portion of a tattoo to fix a mistake is not going to cost nearly as much as removing the whole thing.

Laser tattoo removal costs vary widely, depending on the colors of ink, the area the tattoo covers, and the general pricing in the region in which you live. Angie's List notes that pricing can range from $30 to $1,200 for one practitioner, and $300 to $600 per session for another. Those higher prices are for fairly large areas, like a whole arm, but even a small tattoo can become pricey if it involves hard-to-remove colors.

But if all you're fixing is a mistake, you're likely having just a small area removed. Rather than run away at the sight of those high costs listed previously, schedule consultations with a few doctors in your area. Ask them about their costs, how many treatments you might need, and what factors they're using to determine your treatment plan. 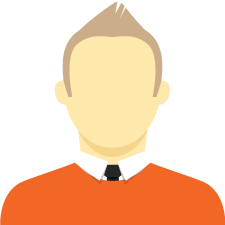 One day, I realized that I didn't look like myself anymore. Instead of looking young and dapper, I looked old, wrinkly, and outdated. I decided that I wanted to update my look, so I met with a cosmetic surgeon. Much to my surprise, my doctor talked with me about choosing the right cosmetic procedures, instead of all of the popular ones I had been hearing about. My surgeon recommended a simple eye lift instead of a full-fledged face lift, and you wouldn't believe how much better I looked after I healed. This blog is all about finding cosmetic procedures that will work for you.